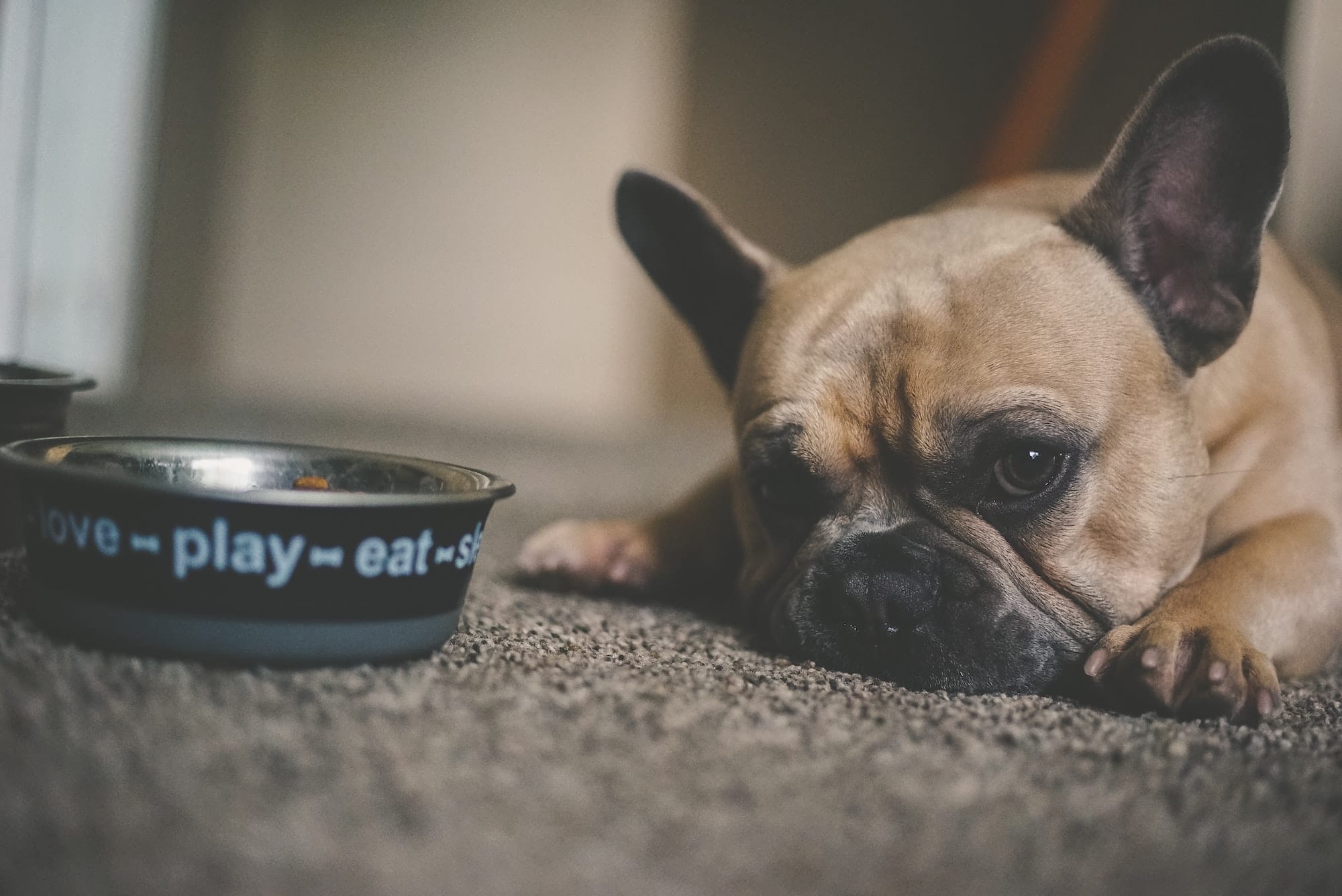 My dog doesn't want to eat, what should I do?

It's a bit of a puzzle when your dog refuses to eat. Is he ill, you wonder? Is he dissatisfied? Is he simply hoping for something better? According to Christine Brennan, DVM, medical director of VCA Raleigh Hills Animal Hospital in Portland, Ore., "there isn't a clear-cut explanation" because "the list of factors that might cause dogs to lose their appetite is practically endless."

It's fine to wait a day or two to see if your dog resumes eating as long as he or she is still drinking water and showing no other signs of distress, such as vomiting or diarrhoea. Meanwhile, keep reading for some troubleshooting tips and to see if there's anything you can do at home to help.

Why does my dog not want to eat?

Some of the reasons why dogs refuse to eat are simple to resolve, such as spoiled food or a dislike for the flavour of a new kibble. It's possible that they can't eat in the presence of other dogs in the house. In those cases, make sure the food is fresh or switch to a different brand, and keep the dogs separated at feeding time.

Your dog is having side effects from medication

Dogs' appetites might be affected by new drugs. Nausea is a common side effect of some medications. It's also possible that a new prescribed diet is to blame. They aren't necessarily the most flavorful. If you believe this is the situation with your dog, talk to your veterinarian about what to do next. Perhaps you can try a different medication or advised diet, or use a tasty treat to entice your dog to eat.

Your dog is anxious or depressed.

Dogs, like humans, are emotional beings. If they are anxious or upset, they may stop eating. A dog can get depressed as a result of changes such as moving to a new home, being kenneled while you're on vacation, a death in the family, or even children returning to school.

Your canine companion is ill.

Sometimes dogs refuse to eat because they are sick. "When dogs are in discomfort, they often stop eating," Brennan explains. "Intestinal parasites, ingesting food that doesn't agree with them, or eating a foreign object like a toy, bone, or sock are all common reasons. However, it could also be the result of a systemic condition like cancer."

Is Your Dog Still Drinking Water Despite Not Eating Food?

Your dog may have oral or dental pain if he avoids chewing hard kibble but sips water. It could, however, be a variety of other things. "Thirst is a strong natural force," adds Brennan. "When dogs are dehydrated, even queasy dogs may want to drink."

Urinary tract infections and endocrine diseases like diabetes, for example, might induce excessive thirst. An examination and lab testing, like as blood work, urine, and faeces samples, can assist your veterinarian in determining the root problem.

Is Your Dog Eating Grass?

According to Brennan, it's a fallacy that dogs only eat grass when they're unwell. "Grass is eaten by a high percentage of healthy dogs on a well-balanced diet, and only a tiny fraction of them vomit afterward. Many people do it because they like the taste or because they are anxious or need more fibre "She clarifies.

However, if your dog refuses food but eats grass, you should be concerned. It could be related to stomach or intestine pain or sickness in your dog. In that scenario, Brennan suggests contacting your veterinarian to see if an examination is necessary.

Is your dog vomiting and refusing to eat?

If there are other symptoms such as vomiting or diarrhoea, a dog's refusal to eat becomes more dangerous. It could suggest that your dog's condition is deteriorating, and he or she will require medical attention sooner rather than later.

Is Your Dog a Puppy?

If a puppy refuses to eat, it's more than likely due to parasites or swallowing something they shouldn't, such as a rock or a shoelace, according to Brennan. "We certainly perform significantly more procedures on young dogs to remove foreign things than we do on older dogs."

Puppies under the age of six months cannot go as long without eating as adult dogs, so they must be seen sooner. Take your puppy to the vet if she hasn't fed in 12 hours.

Is Your Dog Getting Older?

Dogs tend to slow down and eat less as they get older, but they should still be fed on a regular basis. According to Brennan, senior dogs are more prone to cease eating completely due to a worsening sickness.

Dental troubles, heart disorders, digestive issues, and diseases such as cancer are all possible causes. It's critical to have your elderly pet assessed by a veterinarian to determine the source of the problem and the best treatment options.

How to Increase a Dog's Appetite by Stimulating It

Making their food highly appealing is the go-to method for getting dogs to eat. That includes cutting back on treats so your dog is more hungry when it's time to eat. Warm water or broth can be used to make kibble softer and more flavorful. If your dog generally eats dry food, you can try giving him canned food or cooking his favourite dog-safe human meals in small amounts.

"However, if you haven't figured out what's wrong and fixed it," Brennan says, "you're fighting a losing war." "You should consult your veterinarian to learn more about what's going on and how to restore your dog's appetite." 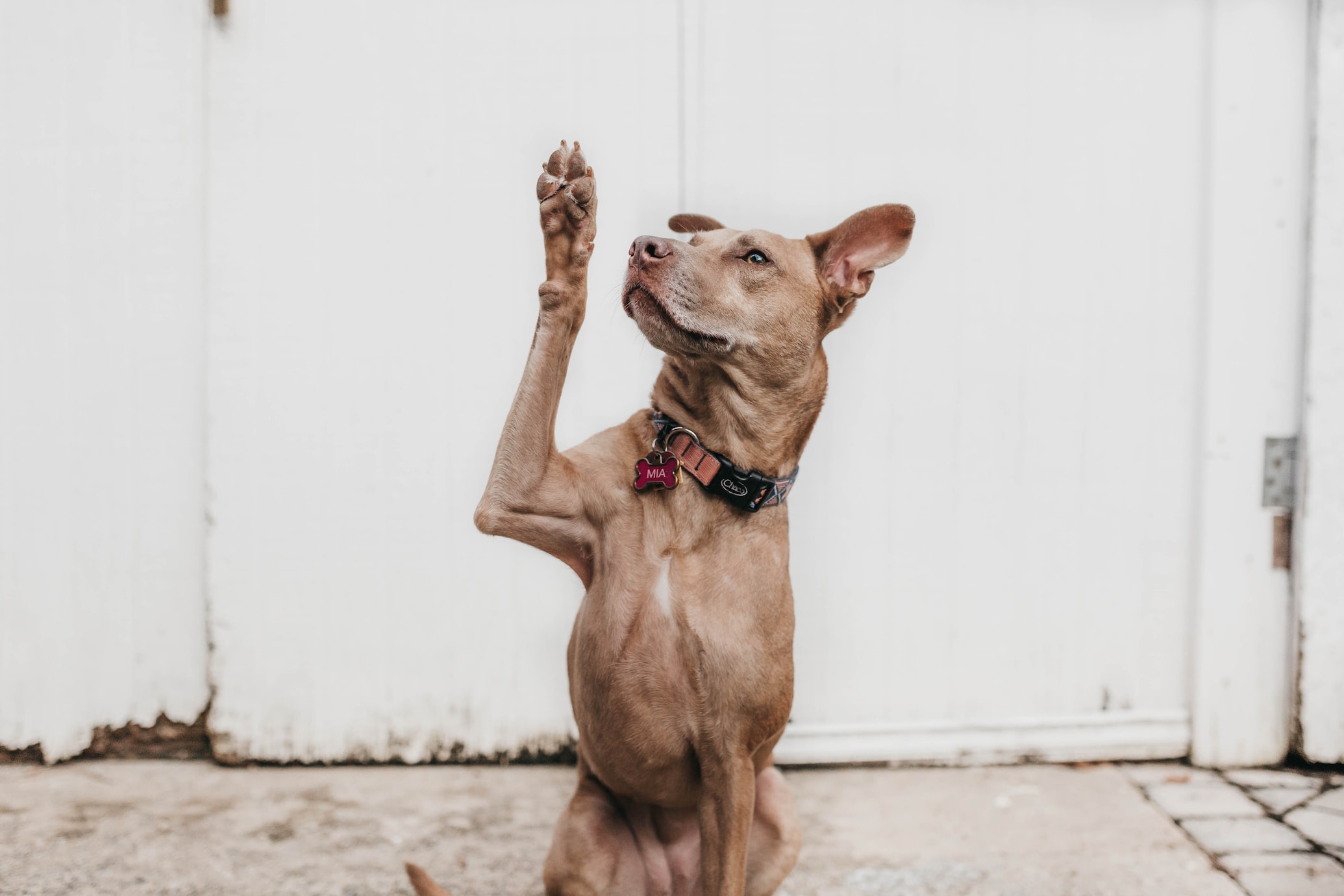